Thinking back on my childhood injuries, I’m surprised my parents didn’t force me to wear a helmet.

Age 7: Rode a sled over a retaining wall… backwards. Knocked out my front tooth.

Age 10: Ran full speed into a giant rock while playing tag with my brother and my cousin. Broke my hand.

As accident prone as I was, my brother holds the record for most bizarre childhood injury: a squirrel fell out of a tree and landed on his head. He had three perfect scratch marks running down the side of his face all summer. 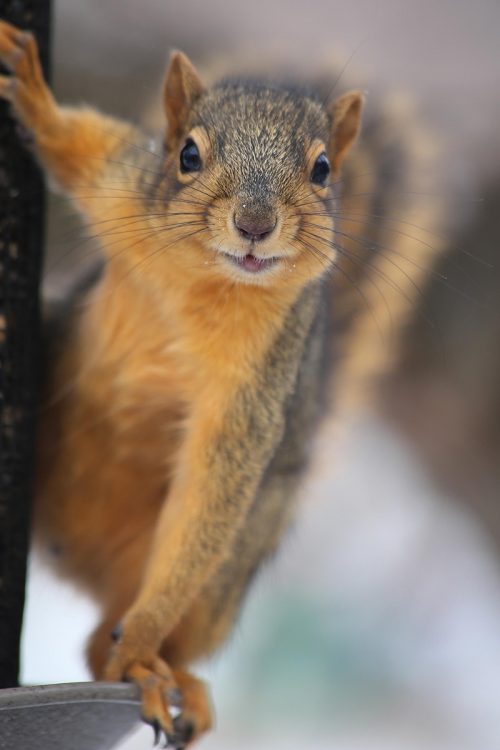 His first response post-squirrel was to scream at me, because he thought I threw something at him. In fairness, if the roles had been reversed, I probably would have assumed the same. Because no one ever suspects the flying squirrel.

And in case you’re worried about the squirrel, the fall knocked him out for a few minutes, but eventually he woke up and scurried away. He fell from a pretty good height, so there’s a chance my brother’s (giant) head broke his fall and saved his life.

(Completely random memory after all of this squirrel-talk: when I was in 9th grade, I had to do a report on an animal for my science class. The teacher told the class that it was probably a good idea for the first step in our research to be learning how to correctly spell our animal’s name. Apparently he’d received a report the prior year on “Sqwerls.” Good thing I already knew how to spell “Elephant.”)