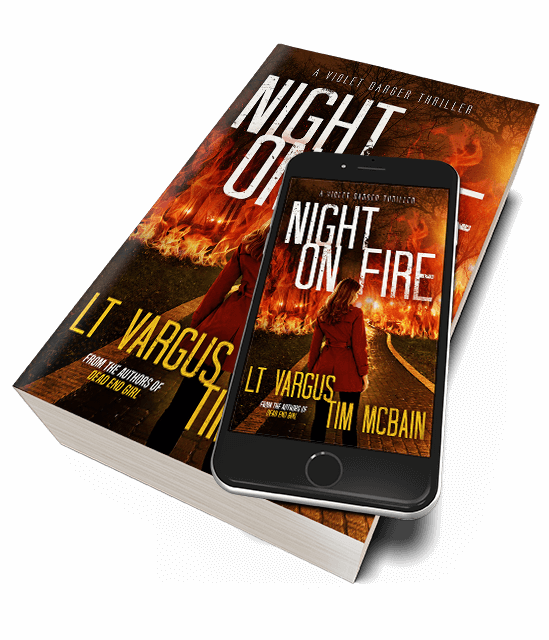 Fire crawls up the sides of the church. The orange glow thrashes. Blackens the siding. Climbs up onto the steeple. The flames close in on the wedding party trapped inside.

When a serial arsonist terrorizes Los Angeles County, FBI profiler Violet Darger heads to California to investigate. The fires keep coming faster. The body count rises, and the threat hangs over the city as thick as the smog.

The case file is brutal — stuffed with photographs of charred bodies, human faces melted beyond recognition. And when Darger gets up close to the crimes, the real thing, that sense of savagery only intensifies.

What kind of a person could carry out such cruelties? Understanding the warped psychology will be the key to solving the case.

The suspect seems hellbent on creating a spectacle. Bigger targets. More deaths. He treats setting fires like a Hollywood special effects sequence, like he’s building up to the shocking finale.

And there’s one more factor complicating the investigation: Autumn is settling in over Southern California. The leaves are changing color, and the Santa Ana winds have begun to change directions.

The Hollywood Hills are ripe for a forest fire. The arsonist means to make it the biggest one yet.