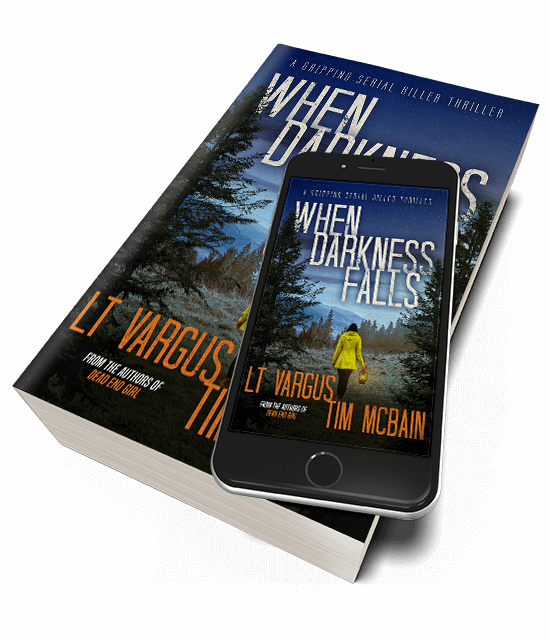 Her body seems to hover above the forest floor. Arms and legs torn away from the trunk. A bloody stump mounted upright on a skewer.

Not just a corpse. A warning.

The most recent body was discovered in the woods just beyond a logging cabin. Dismembered. Put on display. Ghostly pale skin stark against the forest’s green.

Before that, two campers were found a few miles off. Cut apart. Impaled. Left in public places where they’d surely be found.

Here, in the primordial wilderness, she’ll face off with a shadowy killer unlike anything she’s seen. Raging. Brutal. Elusive.

He waits. Seethes. In the woods. In the dark. Always watching. He waits.

Darger digs into the history of torso killers to try to understand the psychology behind the crimes. Finds a legacy of savagery dating back over a hundred years.

Aggression beyond comprehension. A recurring phenomenon of human behavior that chills her.

Human anatomy used to mark out territory. Corpses made totems to warn off others. It happens over and over again.

Who could carry out such brutality? And why? Understanding the interior world, the motivations, of this type of killer will be the key to solving the case.

The dark woods hold his secrets tightly. The terrain itself shielding him, giving him an edge over those in law enforcement seeking him.

When a storm moves in, Darger finds herself in peril deep in his territory. Vulnerable. Exposed. Walking right into his trap.