As a movie critic, Roger Ebert’s writing was always thoughtful without being pretentious and charming without being manipulative. In just a few words he could get across big concepts and a lot of personality, but, though he was a great entertainer, he was always honest and never pandered to his audience. His memoir continued this tradition. 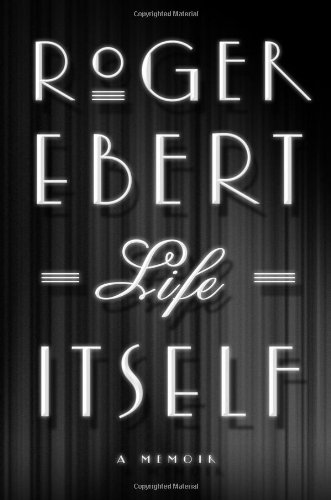 The early portion of Life Itself gave a very thorough account of his childhood. While the level of detail he recalled in portraying his perspective of the world as a child impressed me, this was probably the least accessible chunk of the book. It felt a little indulgent, which is certainly forgivable given the circumstances. (He wrote it toward what he knew would be the end of his life.) I’d guess these details mean a lot to his family, but as a reader I felt a little left out and bogged down at times.

As it progressed through his college and adult life, however, the book picked up. I laughed out loud several times at funny anecdotes and observations, found some of his obsessions and odd rituals sort of inspiring and, of course, reflected on a number of depressing moments. Just like his reviews, he found a way to make each of these topics along the way very entertaining.