When I first met my dorm mate my freshman year of college, I had no idea she was a murderer.

She’d hold her victims captive for months, slowly starving them to death.

They were goldfish, but still.

My point is, there comes a time when you can’t stand by and let these atrocities just keep happening.

So I kidnapped her last fish. I left a ransom note made from cut-up magazine pages and told her one of her friends took the fish.

When she returned to the room, post-fish-napping, things went a little something like this…

HER: Did she have big teeth?

(Pro-tip: When describing a made-up person to someone, always agree with whatever features/descriptors they suggest.) 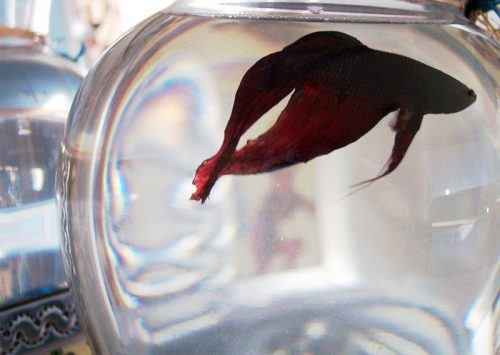 I named the fish Ramona and had her for like 4 years after that. I never told the roommate that I did it. We moved out at the end of the year and never saw each other again.

2 thoughts on “My roommate was a serial killer”