Every time someone checks out my blog, they point out that I wrote “Why Being an Indie Author is Awesome Part 1″, and they ask, “Where’s part 2?” And then I make excuses about being shit at blogging.

Today I had a nasty case of Twitter-diarrhea… you know, when you tweet what you think is just going to be a stand-alone tweet… MAYBE two, but no. It turns into a huge explosion of more like 20 tweets.

Anyway, it occurred to me that maybe those 20 tweets should have been a blog post. And then I said, fuck it. I do plenty of things backwards. Why not blog backwards? So here’s a new experiment in blogging: a post reverse-engineered from a series of tweets.

Jobs I’ve had: ice cream scooper at a Halloween themed souvenir shop. We had a “build your own sundae” bar where the toppings were displayed in a real antique casket.

The toppings all had cutesy Halloweeny names. The marshmallow goo was Ghost Poop. We had Hershey’s syrup dyed red that we called Dracula’s Favorite. Peanuts were bone chips. Crushed oreos were Grave Dirt. Mini chocolate chips were Bat Droppings.

There was marshmallow goo dyed green… but I can’t remember what we called it. Troll snot? Pineapple = fruit guts, strawberries = bat hearts. Our boss would yell at us if we asked if they wanted pineapple and strawberries. We HAD to say “fruit guts and bat hearts.”

The best part of the ice cream shop was that it was DEAD most of the time. I read so many books that summer and got paid for it. Plus, all you can eat gummy worms.

Jobs I’ve had (continued): supermarket deli bitch. Officially my worst job. Worst task: emptying the deep fryer grease and taking it back to this giant dumpster filled with literally hundreds of gallons of old oil.

I always worried I was going to open that grease dumpster and find a body floating in it. Don’t ask why.

I guess it seemed like a good place to dispose of a body. Good luck getting any fibers or prints after it’s been bathing in chicken grease!

There was a silver lining to the vats of fryer grease, because the best part of the deli was the all you can eat chicken fingers, fresh from the fryer.

There was a customer that came into the deli every Saturday. She bought 2 “well done” rotisserie chickens. One for her, one for her cat. 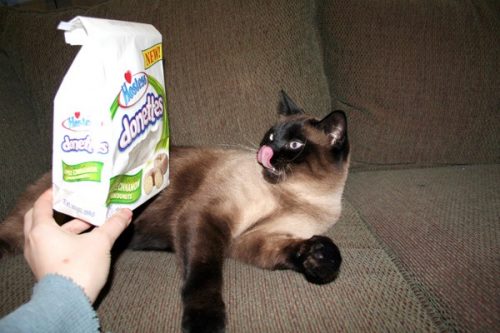 And I thought my cats were spoiled.

We would actually leave the two in the oven extra long just for her because she really wanted them well done.

My next job was at Joann Fabric. I can sum up that experience in two words: Corporate assholes.

Training at Joann = watch a video about how if you cut just one extra inch of fabric for a customer, it costs the company millions. Meanwhile I’m watching the video thinking, “Pay me more than minimum wage and maybe I’d give a fuck about your profit margins.”

My last “real job” was the best one: nurse extern on a locked psychiatric ward. It’s the only job I sometimes miss.